amplifier wordsmith. some words on rock. 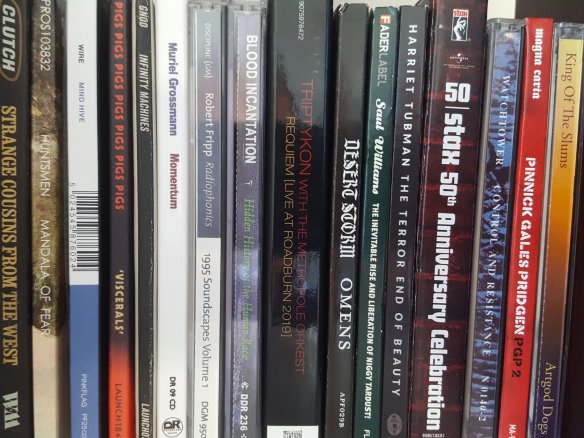 Some words … yep, that’s right. Some. Not thousands, not floods, but some words, a couple of times a month if poss, on ROCK STUFF. Why? To pass on pointers to sounds worth sharing, to things that other people might get turned on to. One fan to another.

It’s like a radio programme, spread out over a few months, but without the talking or the audio. Just some words, written.

Thanks for stopping by.

A few words on how the blog got rolling

What is a passion if you can’t share it? This blog has been inspired by a great passion for great (most of the time) music. A passion that was yearning for an outlet, a creative force behind tens of notebook reviews and scribbled thoughts, obscure text messages, Pavement Award ceremonies (more on this in the blog), and the vaguely tense moments in which I ask: “What ARE we listening to?”

Yes, Kevin, I know technology is the last gift you wanted for your 40th birthday, but this is YOUR music blog.

And you are not alone. I invited your friends and family to share their Kevin – music stories with you. Enjoy the reading! I certainly have!

Richard Storton tells the story of the blog’s name:

Blame it on Boris. Not he of sinister straw-headed buffoonery, but they of grind, drone, and feedback howl. Amplifier Worship, it’s one of theirs. It’s ours too. It’s what those obsessed with music do. Heads down, hieratic, listening to the ebb and flow. Beats that bloom and burst. The thrum of a bass. A string quiver that kicks into a chord. Silent interstices.
Wordsmith, well, that’s what the man does. Each word weighted. Balance and counterbalance. Polished and placed.
Amplifier Wordsmith. That sounds right…