PIGSX7 AT THE BULLINGDON, OXFORD, APRIL 10, 2019
One of the most anticipated Oxford gigs of the year, surely. The Bullingdon is sold out, the vibe is super charged and the fact that the support act gets a bigger crowd than many headliners here tells you that something is very definitely in the air.
And the support is? A duo. Mesange. Violin plus guitar drones and loops. Intriguing mix. Ethereal Myrkur meets wannabe Boris. Stage presence … less convincing. But the music, yes. Violin takes the lead and soars. Fresh. An ambient, gothic contrast to what’s to come.
Pigs Pigs Pigs Pigs Pigs Pigs Pigs kick off like it’s a King of Cowards run-through: GNT first, The Shockmaster second, and by doing that, the gig is already won. Shockmaster was one of THE riffs of last year, definitely one of my favourites, and to get this slow-moving bruiser in your face is a proper highlight. And do they tweak the riff, adding a bit of time-shifting drag on the back end? Wrong-footing bastards. Nice.
At this point, Matt Baty breaks out of his slow-moving zen intensity to admit that at this stage of a gig, he usually starts complaining about being too hot or having too much smoke on stage or whatever else is bugging his moanself. Not tonight, though. “There’s air-con up here – fucking brilliant! Top marks Bullingdon. And there was Scott Walker on the PA before the gig. SCOTT WALKER. Again, top marks Bullingdon. You’ll get a 5-star* review from us on TripAdvisor.”
We get a new song, ‘co-written with Jay Z and Beyonce’ – which packs a huge hooky riff – before something old (Sweet Relief) and a pair of KoC staples (The Gloamer and Cake of Light) take us home. Crowd is bouncing. Band has one more for us.

“You’ll get your money’s worth, it’s 10 minutes long. It’s a fucking workout.”
It can only be A66, right?
And so it is, a full-pelt space-rock burn-up to the end and a ringing earworm for the rest of the week. Pigs Pigs Pigs Pigs Pigs Pigs Pigs: the People’s Champions. Over and out.
*later downgraded to 4 stars because, “It’s bloody hot up here.”
A couple of Pigsx7 album reviews this way

Look at those numbers. Look at the bloody LENGTH of it. Exciting, eh? Especially when you’ve already capitulated to Pigsx7’s debut release The Wizard and the Seven Swines, which is itself a 22-minute purge of damaged psyche and slamming riffs.

Debut full album Feed the Rats looks like it does a similar thing, even before you play it. This is a Good Sign because Wizard’s stretched-out scorch was a win win win win win win win. Can Rats match it? 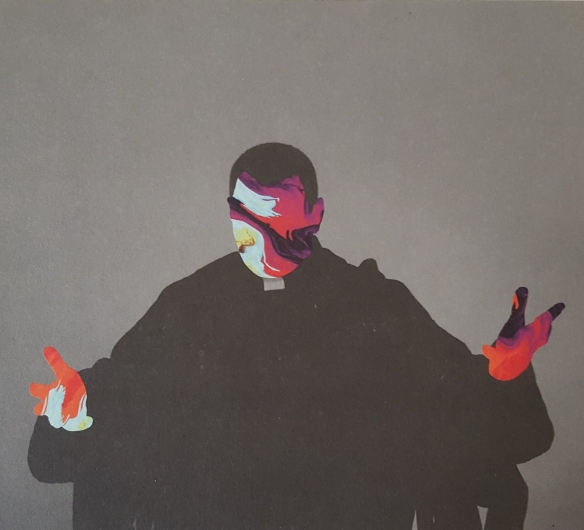 With Psychopomp, you don’t have time to think about that – straight in with a no messing, bam-bam-bam riff and Baty in immediate full vocal hurl. It’s an abrupt, Pigsx7-style wake-up that picks up exactly where The Wizard and The Seven Swines disintegrated.

Thing is, your head tells you it’ll calm into a purer Sabbath-influenced groove

no chance. Psychopomp shakes that kind of lame-o conditioning right out, and Pigsx7 aren’t Sabbath knock-offs anyway, are they? Too rough, too jam-based, too psyche/d. You sense that, like it is for many of us, Year Zero for direct heavy influences is somewhere in the 90s at the noisier, more ragged end of the desert/psyche/drone scenes.

Psychopomp rams all that stuff together in a quart-hour charge: early Desert Sessions twists (flickers of Fatso Jetson?), Heads-like space-rock afterburn, Kong-sized mega riffs (six minutes in, ‘kin HELL) and brief Boris-worshipping ponderosa are all there, shoved in a bag and dragged without care up a northern peak. Bruising. By the time you reach pomp’s end you’ve had four minutes of squalling heavy charge and galactic wah. Fucking magic.

Did that meet expectations?

‘course it did. We know what we’re getting by now. Sweet Relief does what it says, but it’s relief in length only. Rammed with tarmac-splitting bounce, it shoves you through to a storm-force battering from all sides.

The beyond-massive Icon starts with a riff classick, Baty gets buried by guitar leads, the rhythm’s uber-tight and we’re caked in Pigs glory all over again – an over-amplified shitstorm you don’t wanna leave. The last five minutes is pained repeat and jarring battery:

Meaning? Dunno. But the lyrical fragments that come through match the music’s exhale, and even without knowing the words, Baty’s delivery gushes existential.

In a 2018 round-up, buzzed by the enormity of King of Cowards, I wrote that Feed the Rats perhaps didn’t quite match The Wizard and the Seven Swines. Wrong. The Wizard crash landed from nowhere and had surprise on its side. Feed the Rats had summat to live up to and it went for the Full Ugly: gut-busting endurance with a soul-cleansing pay-off.

PIGSX7 PLAY OXFORD THIS WEEK. HERE’S THE FIRST OF A COUPLE OF REVIEWS TO GET US WARMED UP

Nothing says WE’VE ARRIVED quite like sticking a 20-foot monolith outside your house on the day you move in, and this track is very much on those making-a-statement lines – an immovable, rough-edged pasting of fried motorik, asteroidal burnout and howling catharsis. Punk Sabbath for the post-Sleep generation? Welcome to the first shot from Pigs Pigs Pigs Pigs Pigs Pigs Pigs.

But if you got here by GNT or some other radio darling from album #2 King of Cowards, strap in and gear up for something far less concise.

This little brutey clocks in at 22 minutes. All one track of it. 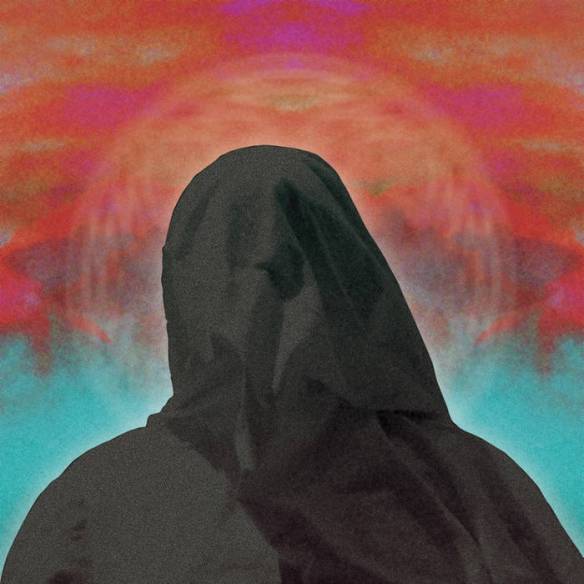 Prog? No. Primal? Shit yeah. The opening riff is coiled, up on the balls of its feet and ready to shift, like rock-ist Oneida launching one of their head-fucking long-forms but, as you’d expect, much rougher in its horizon-bound momentum.

Then comes Baty. Matt Baty. The Voice. Less a vocal than a hurl into the Spent Zone, he forces total lung capacity into every word and is vein-bulger hoarse before he even gets going, yet it’s not a macho metal hard-fest scream or anything contrived like that. His is an all-too-human bellow and is a massive part of what makes this band the way it is. No-one else sounds like them.

So, after the opening repetitions and moto rhythmics, what happens in 22 minutes of TWATSS?

(after two years with this track, I literally only just noticed that acronym when I typed it here. An accident? Maybe. But then again, these guys also have/had a band called Khunnt, so who knows?)

By now, Pigsx7 are beginning to sound apocalyptic. We’re in a transition to somewhere – or steeling ourselves for something.

8 minutes: ANOTHER RIFF DROP. Heavy as – ah shit, it’s gone again. Is this the bridge? As if. But change is a coming, you can smell it.

10 minutes: PSYCH’S OUT. Spacier, less dense, almost krautrocking were it not for Baty’s clipped yelps and barks.

12 minutes: SLEEP. The slowdown. The beating. A one-chord pounding, straight outta Dopesmoker and (we now know) the sound of Pigs to come.

18 minutes: FALSE ENDER. One last gasp in this endless end and we’re almost back to that Oneida trance thing, but by now everything looks and feels different.

We’ve been through the mill. And so have Pigs Pigs Pigs Pigs Pigs Pigs Pigs. It’s like they came of age during the track, starting out lithe but ending it burned, hardened, scarred, thicker set, complete. They’ve been somewhere and taken us with ’em, but no-one quite knows where. It’s all about the journey, man – and the sheer bloody force of it all: a turbulent, never-ending blast. Whatever it is that’s driving Pigsx7, it’s made a merry hell of a first release.

How can they follow it? Feed the Rats review this way

The Wizard and the Seven Swines: released in 2013, get it on Bandcamp

Cover image taken from my download from Pigsx7 bandcamp site

Israel Nash plays Oxford, so do Karma to Burn (review on its way), QOTSA hit London (ditto), and we’ve two – count ’em – chunks of brutish rage to skid-mark for thine ear. They’re not exactly heatwave music, but Israel Nash is, so let’s go there first.

Israel Nash – The Bullingdon, Oxford, June 14 2018
Looking for the sound of summer? You can do a lot worse – and maybe not a lot better – than plug into Israel Nash’s Silver Season, his 2015 album. It captures the sliding, gliding country peaks and pedal steel that Neil Young/CSN scaled on select tracks, but Nash (Israel) makes a complete album’s worth of these near-cosmic shimmers.

Tonight’s show is just Nash, his acoustic and harmonica, and his new-found friends (us). He’s such a generous presence – one of the world’s people people – that you can’t help but like the guy, and his home-on-the-ranch tales of recording, touring and parenthood confirm a nature-loving music-loving spirituality. Here’s a guy who wants to create moments and make them special, which is probably why he steps off stage and into the middle of the crowd to play a couple of tracks with audience accompaniment. Tambourine Jam, he calls it, putting a call out for two percussionists to join him, though the Bullingdon is clearly short of wannabe musos tonight as it takes a bit of coaxing to get the volunteers. “Do what feels right” is the only instruction to his new two-song backing band, and they do. It works.

While Nash is a magnet for warmth and exudes mellow positivity, the music – to me – loses something when reduced to a one-man acoustic strum-only, because the very thing that makes the last two albums such a draw is the richness of a big-sounding, expansive band playing with blissed-out restraint. Still, the chance to hang out in Israel’s company is not one to pass up. There’s a lot of feelgood in here.

OK, on to a couple of new tunes with a more raucous bent – something international, something north east England.

Advent of Bedlam – A Human Farm
Swept up in Stuart Maconie’s World Cup Freakzone, which featured music from all the countries playing in the group stages, this corrosive discharge of extreme metal cuffed the ear more than many this month. Advent of Bedlam are from Costa Rica, their third album is out now, and this track is a precise, punishing fix of blackened deathly thrash. Advent of Bedlam bandcamp right here.

Right, that’s it for June – a short fast ugly Rewind, live reviews on the way.