Israel Nash plays Oxford, so do Karma to Burn (review on its way), QOTSA hit London (ditto), and we’ve two – count ’em – chunks of brutish rage to skid-mark for thine ear. They’re not exactly heatwave music, but Israel Nash is, so let’s go there first.

Israel Nash – The Bullingdon, Oxford, June 14 2018
Looking for the sound of summer? You can do a lot worse – and maybe not a lot better – than plug into Israel Nash’s Silver Season, his 2015 album. It captures the sliding, gliding country peaks and pedal steel that Neil Young/CSN scaled on select tracks, but Nash (Israel) makes a complete album’s worth of these near-cosmic shimmers.

Tonight’s show is just Nash, his acoustic and harmonica, and his new-found friends (us). He’s such a generous presence – one of the world’s people people – that you can’t help but like the guy, and his home-on-the-ranch tales of recording, touring and parenthood confirm a nature-loving music-loving spirituality. Here’s a guy who wants to create moments and make them special, which is probably why he steps off stage and into the middle of the crowd to play a couple of tracks with audience accompaniment. Tambourine Jam, he calls it, putting a call out for two percussionists to join him, though the Bullingdon is clearly short of wannabe musos tonight as it takes a bit of coaxing to get the volunteers. “Do what feels right” is the only instruction to his new two-song backing band, and they do. It works.

While Nash is a magnet for warmth and exudes mellow positivity, the music – to me – loses something when reduced to a one-man acoustic strum-only, because the very thing that makes the last two albums such a draw is the richness of a big-sounding, expansive band playing with blissed-out restraint. Still, the chance to hang out in Israel’s company is not one to pass up. There’s a lot of feelgood in here.

OK, on to a couple of new tunes with a more raucous bent – something international, something north east England.

Advent of Bedlam – A Human Farm
Swept up in Stuart Maconie’s World Cup Freakzone, which featured music from all the countries playing in the group stages, this corrosive discharge of extreme metal cuffed the ear more than many this month. Advent of Bedlam are from Costa Rica, their third album is out now, and this track is a precise, punishing fix of blackened deathly thrash. Advent of Bedlam bandcamp right here.

Right, that’s it for June – a short fast ugly Rewind, live reviews on the way. 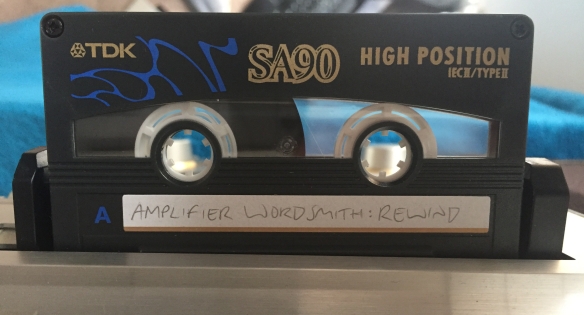